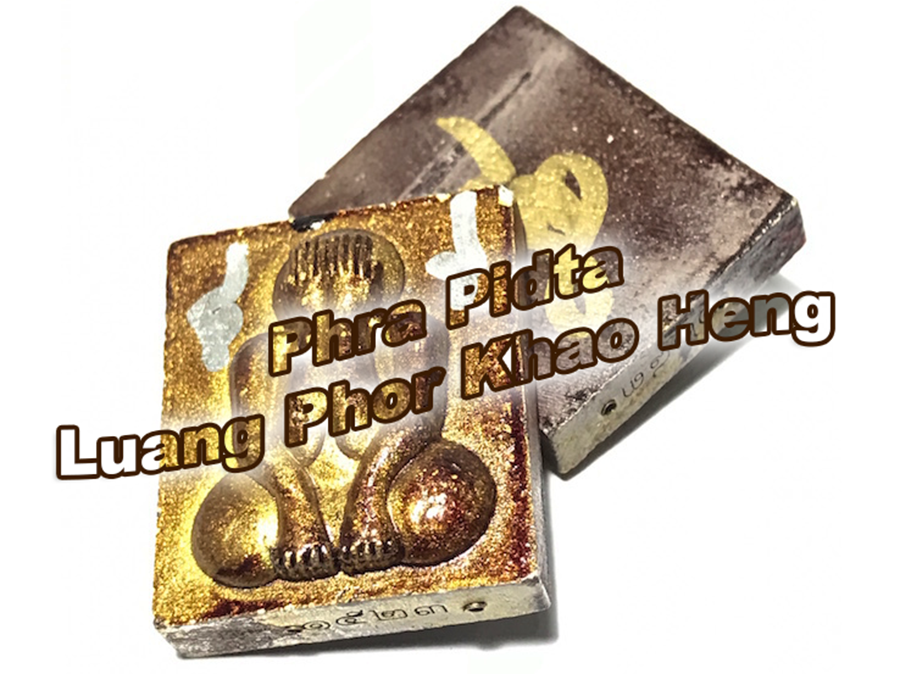 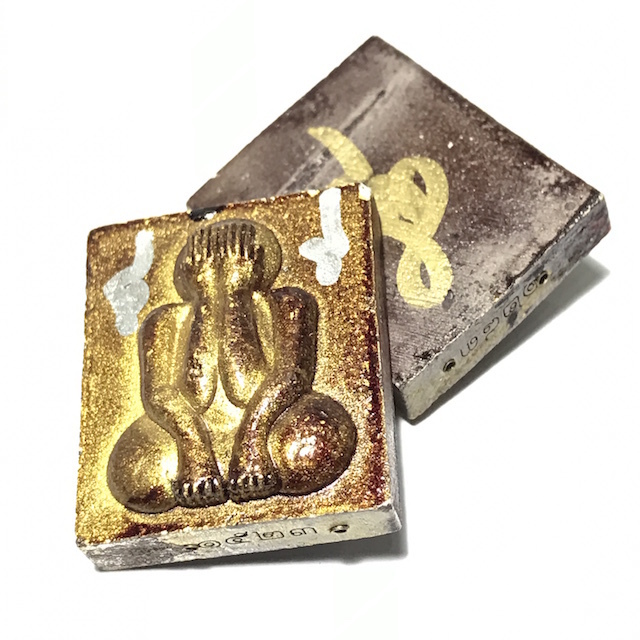 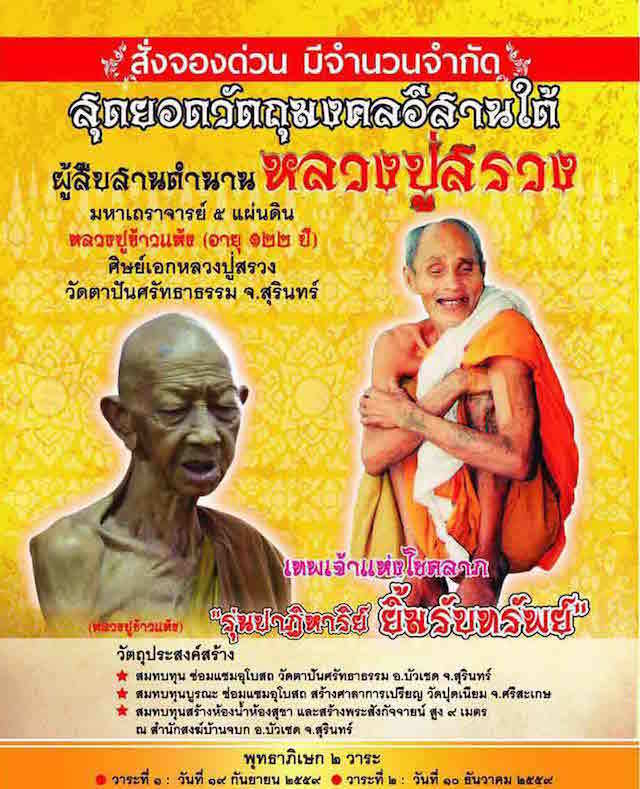 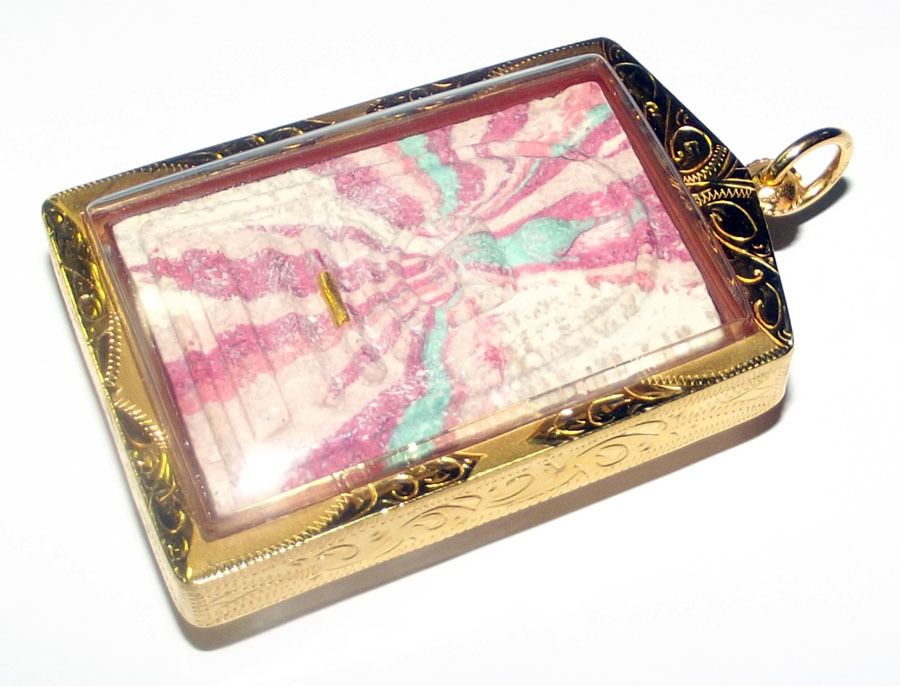 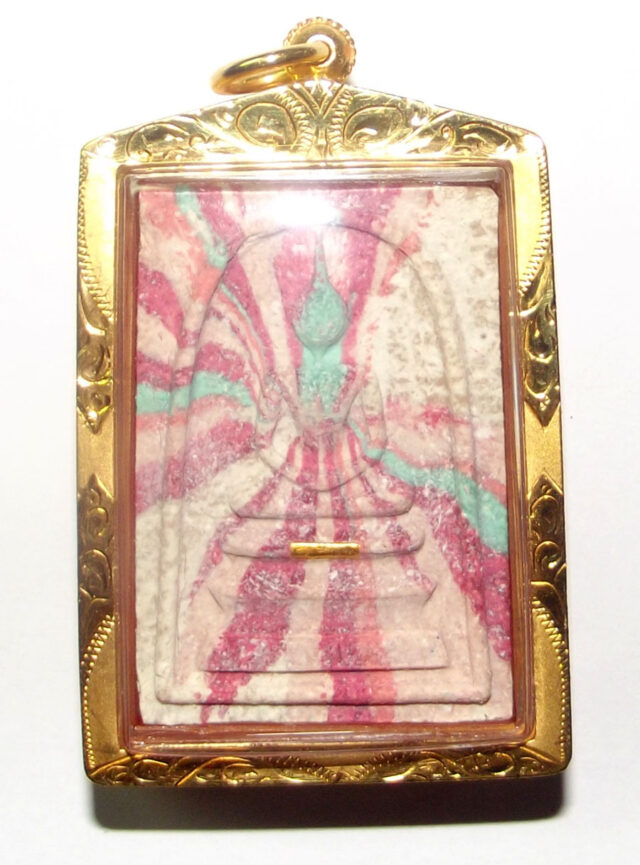 Luang Por Pae’s Amulets are a Fine Class Sacred Amulet that is not outside the reach of those with lesser Budgets than some of the Wealthier Collectors. 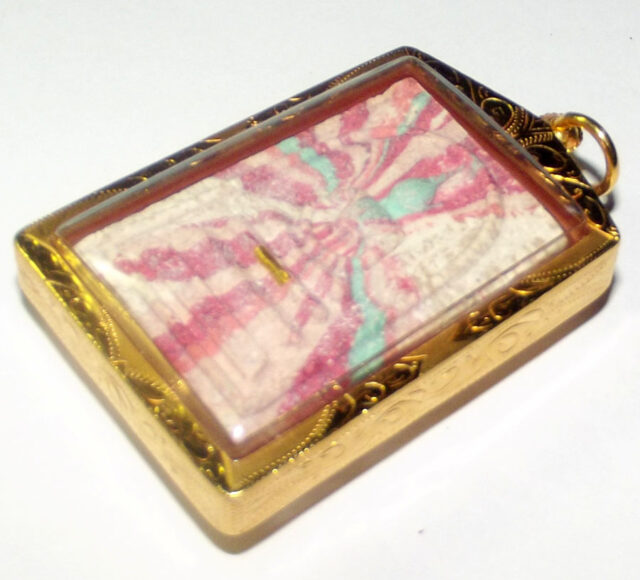 A Fine and recommendable Truly sacred Amulet of the Pim Niyom Class, easily presentable in show, and is an amulet that any Thai Amulet Collector in the Know would be quite Proud to own and Wear, however Rich or Not. 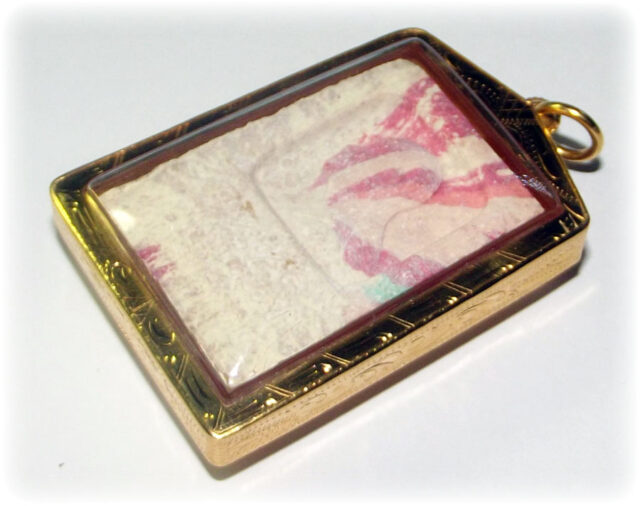 This is thus what we call a Top Class Amulet, at a very affordable price, comes including Waterproof Sealed Solid Gold Casing. 4.5 Grams of Solid Gold were used to make this casing. 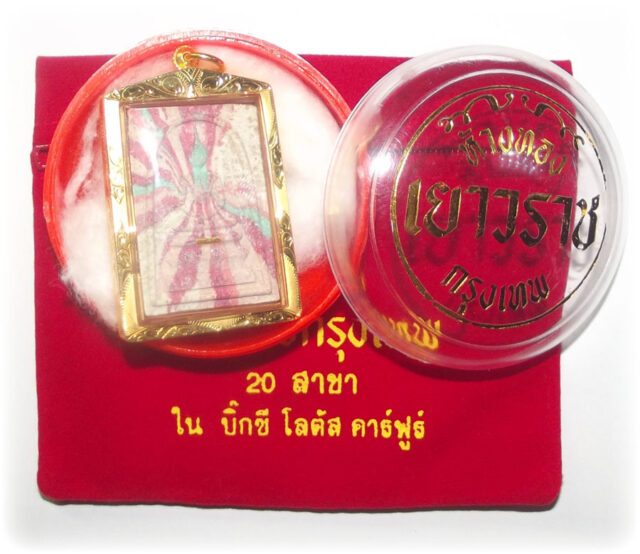 This amulet was released marking the 100th Anniversary of Wat Pikul Tong Temple, and is now a Classic Edition, very rare indeed to find. This particular model is with Solid Gold Takrut. it has been encased in 4.5 Grams of Solid Gold, which is definitely fitting, and worthy of an Amulet of this Class. 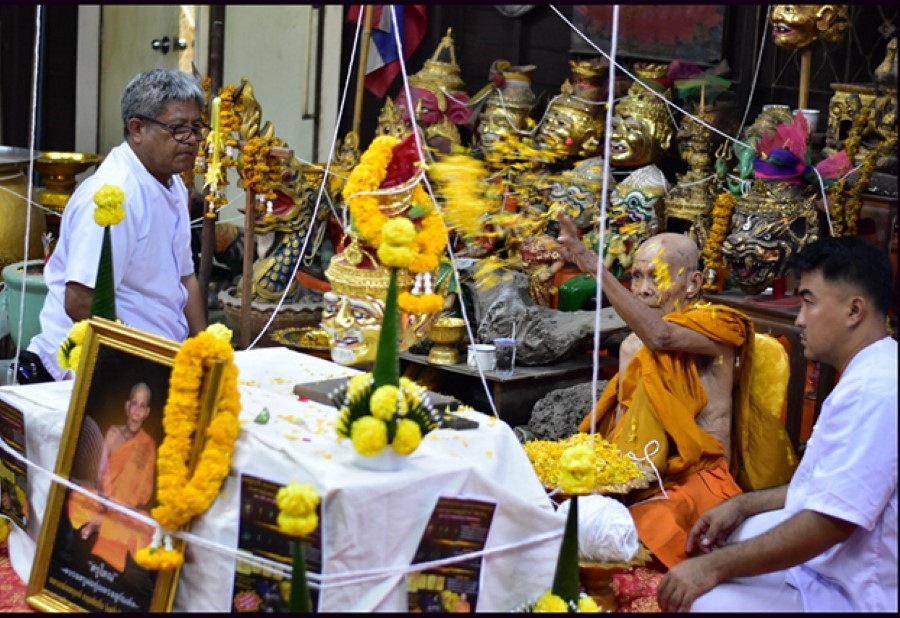 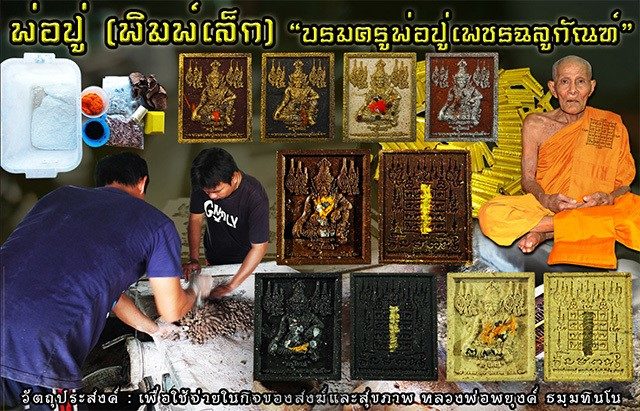 The Ruesi Paetchalugan amulets were made only in small size, but using a most highly concentrated muan sarn powder admixture, for a special series of Pra Ruesi amulets made in Wai Kroo Ceremony to the Lersi (Ruesi) Hermit God Paetchalugan, Lord of Engineering and Artisanry, and God of the Master Sorceror. 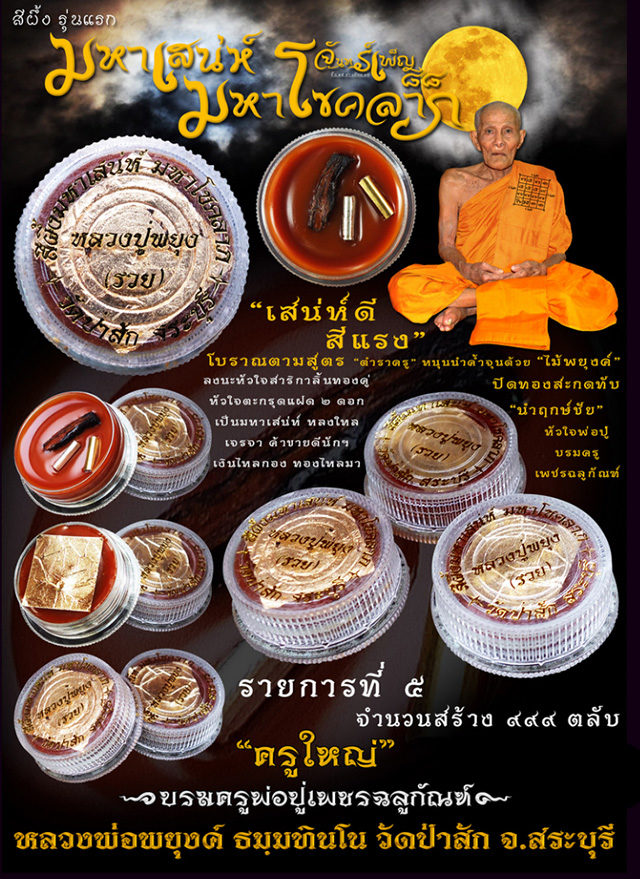 The See Pheung Maha Sanaeh Jaek Mae Krua Maha Sanaeh Maha Choke Lap waxy Prai Oil Potion of Luang Por Payungk (Wat Pha Sak), was made for distribution to devotees that came to help out at the temple, and the kitchen ladies who come to help cook for the monks and the poor temple orphans. Released in extreme limited edition of 999 lids 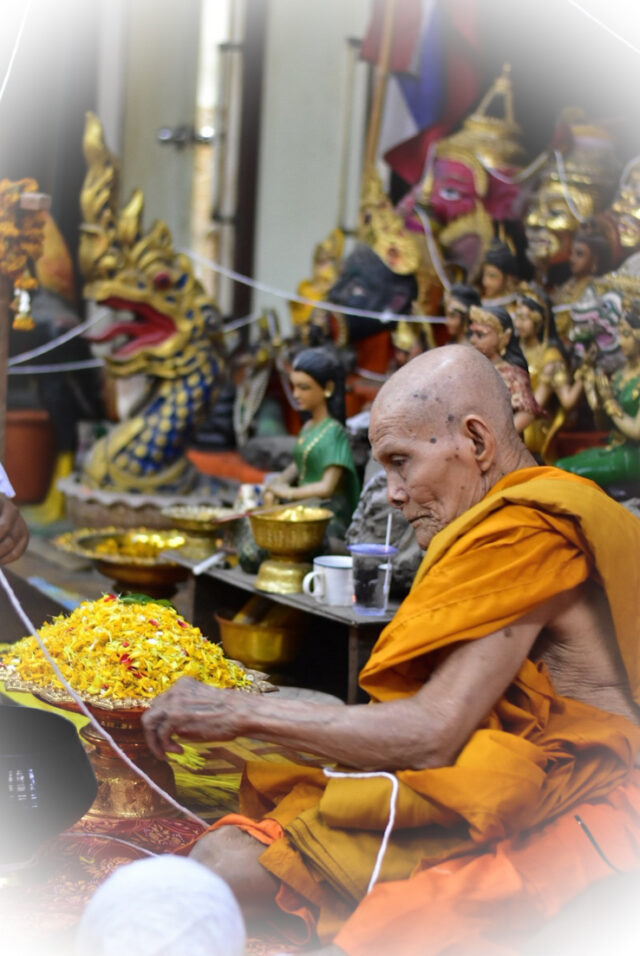 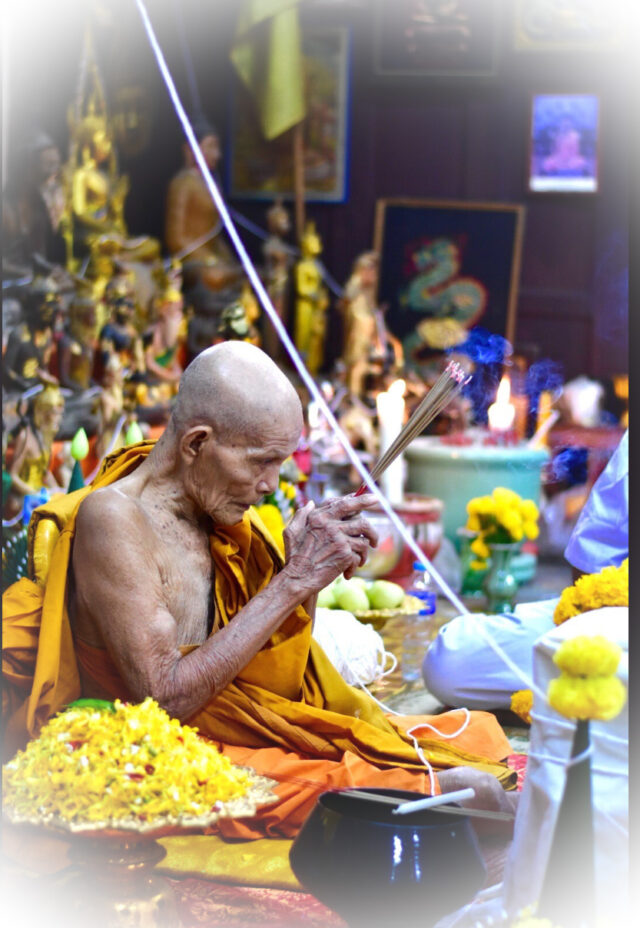