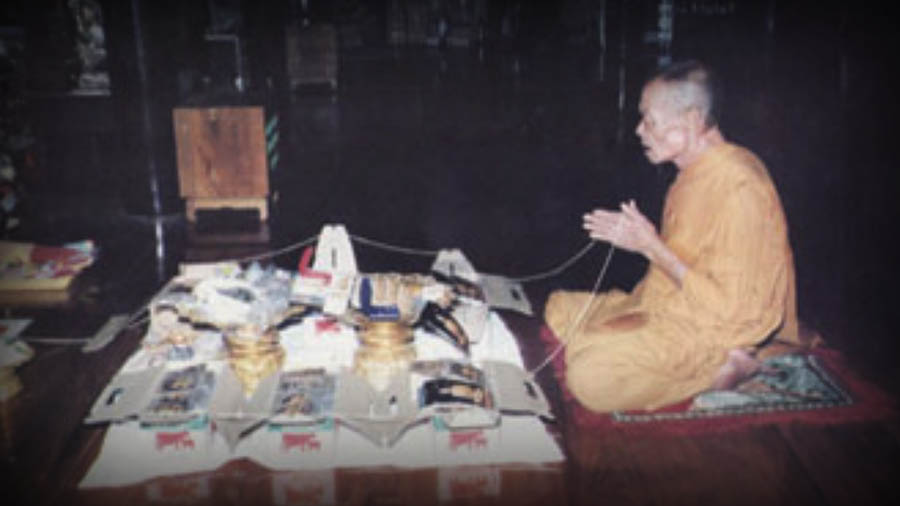 Introducing the amulets of the first of our recommended Masters at Thailand Amulet store; Luang Por Hyord, of Wat Gaew Jaroen. A Great Deceased Master of the Samutr Songkram Province, whose amulets are extremely powerful and preferred in the amulet scene . Luang Por Hyord’s ability to empower amulets with Kong Grapan Chadtri Klaew Klaad Metta Maha Niyom Maha Lap Maha Pokasap magic was legendary, and his many kinds of amulets are all extremely favoured, and seldom seen in circulation, for they are mostly all long since in the collections of devotees.

Luang Por Hyord produced many great editions of amulets and occult charms, only some of which we will show you today, for a general overview of the style of this great master, and the kind of amulets he made. Many of his amulets are purely Buddhist and preserve the classic forms of Thai Buddhist Votive tablets. His occult charms and talismans such as his Takrut are legendary for their Klaew Klaad Kong Grapan Chadtri Maha Pokasap power, especially those which use his Wicha Hmai Jet See rainbow silken spellbound cords. 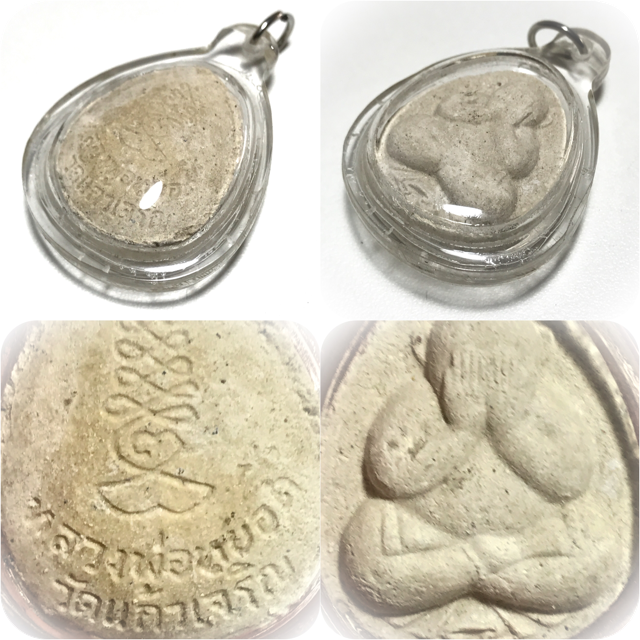 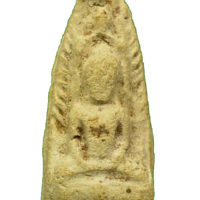 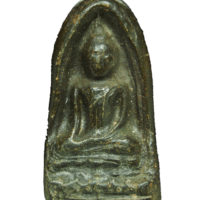 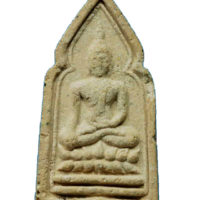 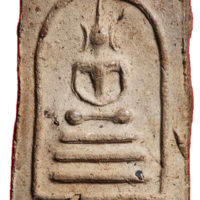 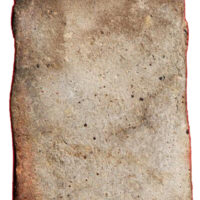 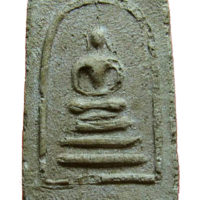 The Talismanic Charms of Luang Por Hyord receive Legendary Status with his Looksit, for Klaew Klaad Kong Grapan Chadtri Maha Pokasap Power. His Takrut Look Om Lokatat first edition is extremely revered, and sought after, and is one of the most jealously guarded amulets by his devotees. 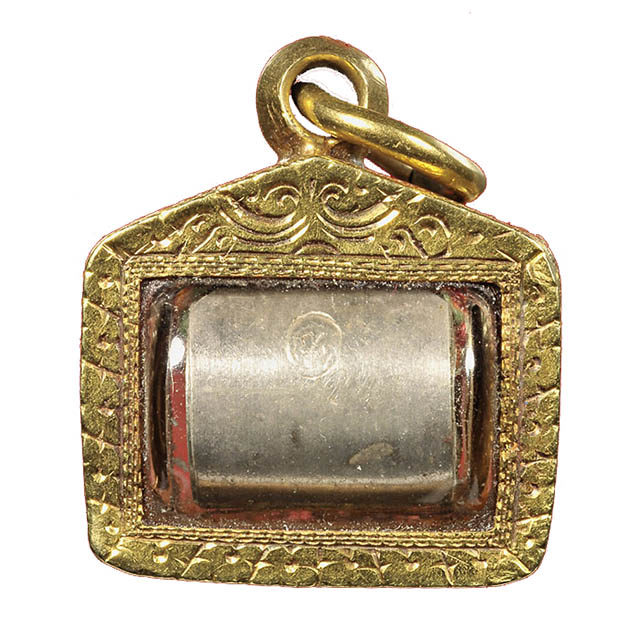 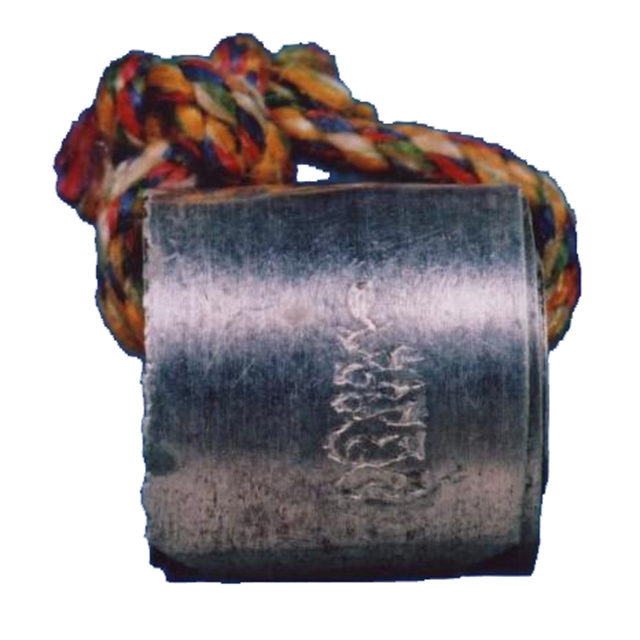 His Takrut Tone Maha Bpraab is a true Power Amulet for those who need to exercise command over others, and who need protection from physical and magical dangers, and backstabbers in the professional arena. 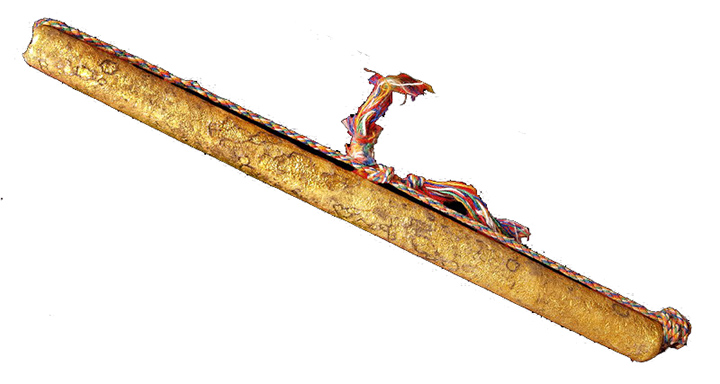 Luang Por Hyord’s use of rainbow silken magical spell-bindiing cords is part of what makes his amulets and charms carry such good luck with them, for the Wicha Daay Hmai Jet See is a highly auspicious Wicha, that aligns one’s astro;logical influences in a way that removes obstacles, and attracts lucky fortunes.

Just his Silken Cords, spellbound with Incantations and Ritual Weaving Methods, are a popular amulet in themselves for all-round auspicious blessings. 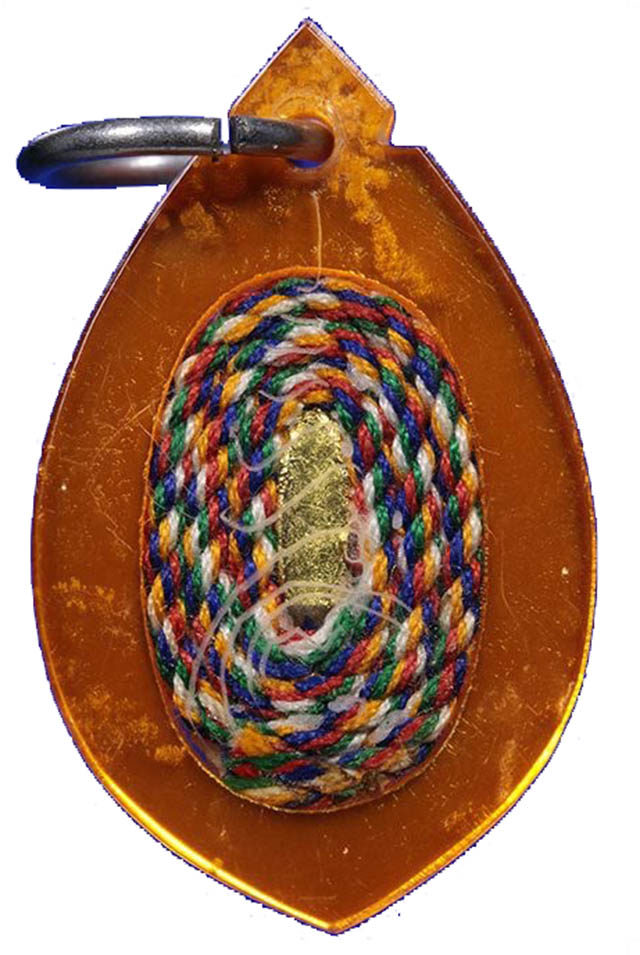 Pra Kroo Suntorn Tammagij , commonly known as Luang Por Hyord Chinawangso (deceased 2541 BE), was born with the name ‘Suntorn Chudtimas’, and was born on the 16th May 2454 BE in Damnern Saduak in Rachaburi, his father was called Mr. Mui Sae Eung, and his mother was called Mrs. Hmuean Sae Eung. His parents were merchants. He had 4 siblings. 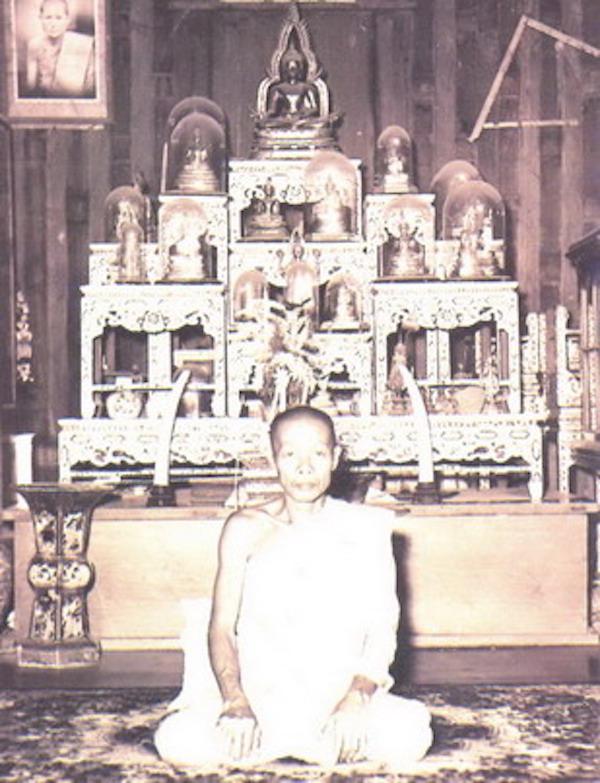 At the age of 18 years old, Luang Por Hyord was ordained as a Samanera Novice Monk with Pra Kroo Plien Suwannachodto, the abbot of Wat Gaew Jaroen as his Upachaya Ordaining officer, on the 16th July 2472 BE. He spent the nex couple of years serving Pra Kroo Plien and studying the Dhamma, until he reached the age of full ordination as a fully fledged Bhikkhu. He was ordained as a Bhikkhu on the 8th May 2474 BE, with Pra Kroo Suttisarn (Luang Phu Jai), the abbot of Wat sadej as his Upachaya ordaining officer, Pra Kroo Plien as his Promptting officer (Gammawajajarn), and  and Pra Kroo Udom Sudtagij (abbot of Wat Pramote) as his witness (Anusawanajarn). he was given the ‘Chaya’ Monks name of ‘Chinawangso’. 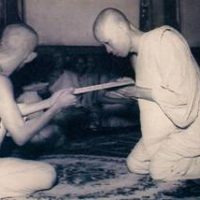 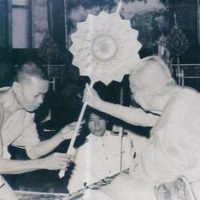 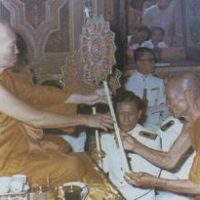 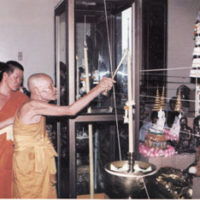 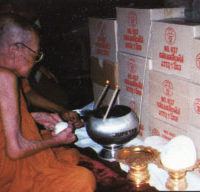 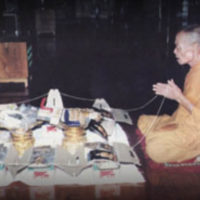 On the 17th August 2484 BE, Luang Phu Jai, the Bishop of Ampawa Municipality, elected Pra Piksu Suntorn Chinawangso (Luang Por Hyord), as the new abbot of Wat Gaew Jaroen  and simultaneously prmoted him also to be the Vice Bishop of Mueang Mai District in Ampawa. 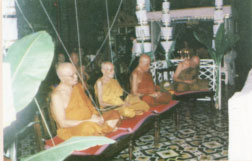 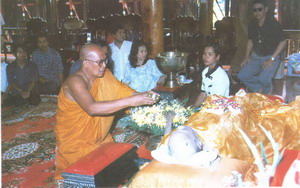 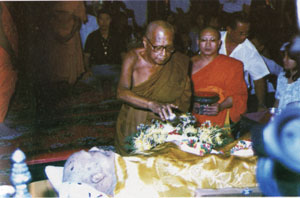 He was succeeded by Luang Por Parn as abbot after his passing on 2nd March 2541 BE, after a long trajectory of great attainments in Dhamma advancements, as well as having performed many charitable deeds for the temple and its devotees. A long list of attainments accompanies his long trajectory, both academic, and material. 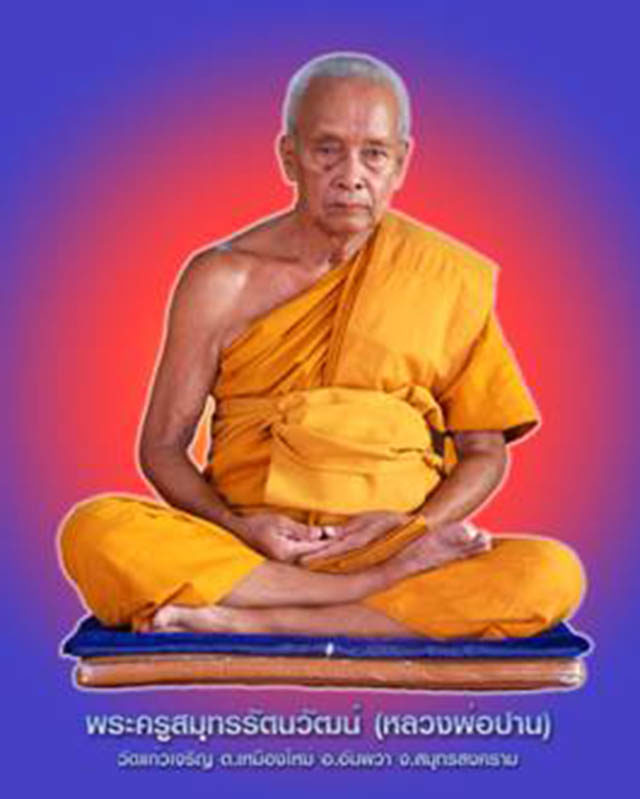 Luang Por Hyord’s remains are prayed to as mummified relics in a glass coffin at Wat Gaew Jaroen since his passing in 2541, and Devotees make pilgrimage every day to pass the shrine of Luang Por Hyord, and pray to him for blessings. 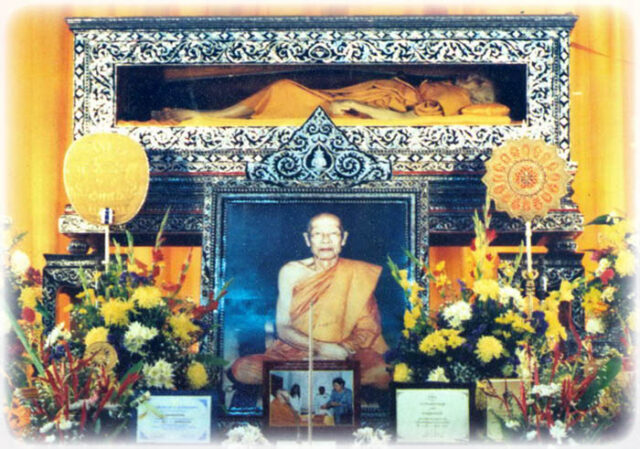