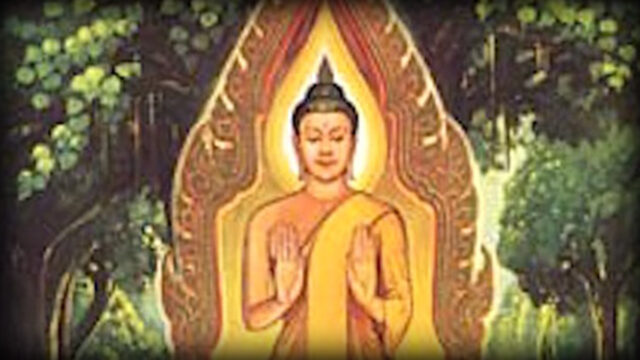 Monday Buddha is called “Bpaang Haam Yaat” (ปางห้ามญาติ), which means “Posture of Forbidding Relatives”. The story behind this Buddha Stance (stances are called “Bpaang” in Thai) is such;

The rulers of the City of Kapilavatthu (called “Gabinlapat in Thai), were of the Sakya clan and relatives of the Buddha on his father’s side, and the thos of the City of Koliya, were relatives on his Mother’s side. The farmers of each City used to farm on the banks of the river Rohini without any dispute. Then a time of drought came, and the locals of each City began to fight with each other for the right to take the remaining water left in the river. 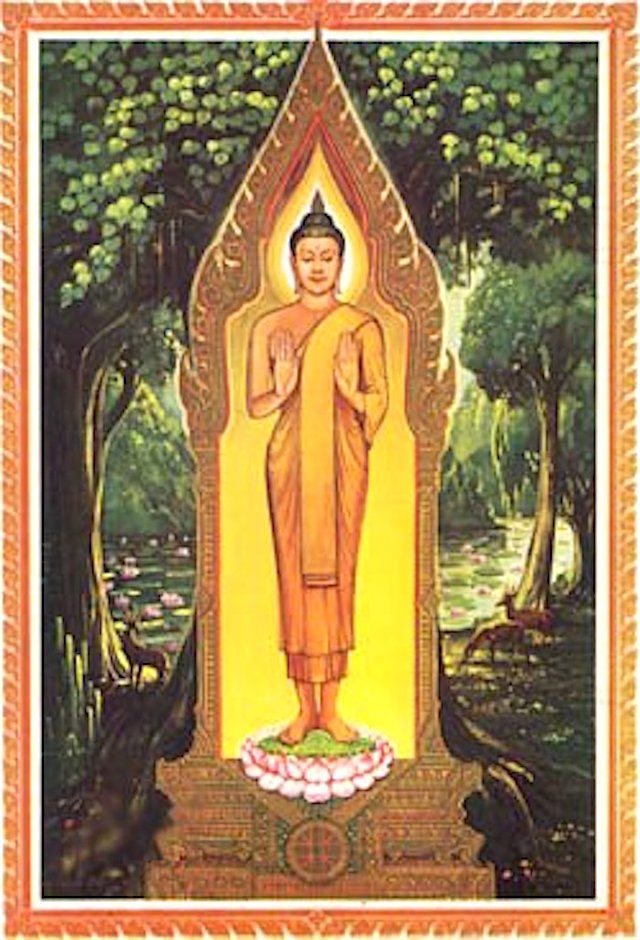 The dispute became so great that they started fighting and even killing each other, one on one, and in groups.The situation escalated to the point where the rulers of each of these two Cities (who were both relatives of the Buddha), mustered their armies, and gathered on the field to go into battle with each other.

When the Buddha heard the news of this incident, which should have been discussed and solved easily using wise and peaceful discussion, he travelled to the scene of the incident to forbid the quarrelling.

He explained to them of the loss of population of their respective people and the loss of honour of each Royal Family which was coming from such a war, that was causing such terrible loss to each side and perhaps even that both Kings would even end up falling and dying in battle simply because of a bit of river water used for some farming.