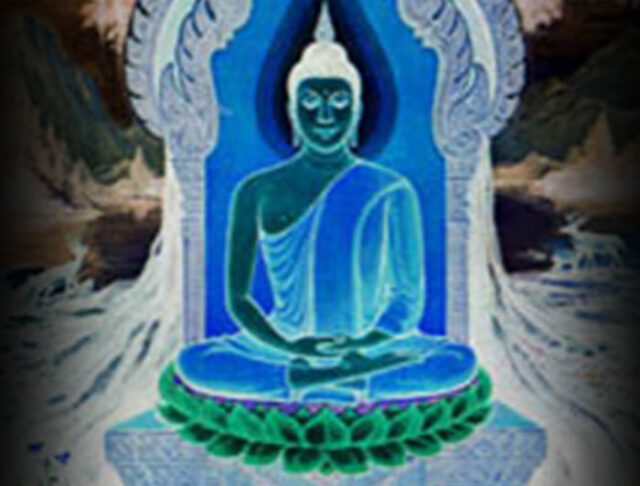 After the Buddha had conquered Mara and his armies, he was filled with Piti (rapture), and attained the will to continue entering into deeper meditative states, one after the other in sequence. By this time, the sun was setting, but his rapture and delight in having conquered his Kilesas (selfish desires), was so great that he had the energy to continue without need of rest. In the first watch of the early evening he was able to pass through the four levels of Jhana (Patamajhana, Tutiyajhana, Dtatiyajhana and Jatutijhana), and leave the conscious state of Material Existence. In the next stage of his meditation (The second watch – it was already dark and Evening had begun), He attained the Catubhatayana and attained Tippajakhu (Divine eye) and was able to see the birth death and extinguishing of all beings in the Universe.

As a result of this, in his third watch, he was able to destroy all of his Kilesas trace the sequence of creation, arisal, becoming, Death and disappearance of all beings in Existence, through examining the sequence of becoming both tracing it in forwards and Backwards direction. He thus was able to understand and teach us about Paticasamupata – the wheel of life becoming and death. As of this moment he became Samma SamBhuddho (The Buddha/Enlightened one). 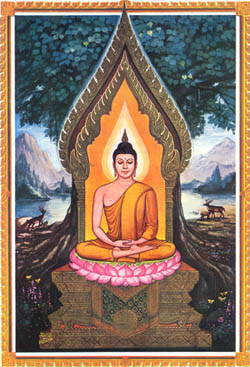 In his fourth watch (It was Dawning), He raised his mind even further and entered a state higher than ever to a state of Enlightenmen that had never ever been before in any case of Enlightenment; He exclaimed out loud “Since all of my wandering and searchings in all of my countless lives, in search of the Architect of our sufferings (which is Dhanha – Craving), i have never seen nor found him. And now you, great Architect, you shall never build your house in me again, for i have destroyed its foundations, i have rippped down my rooves. My mind is free from Sankharas (conditioned things) which are the creators of the Kilesas (Craving). I have arrived at the end of Danha (Desire and Craving).

The a great Miracle occured; The earth began to tremble, and flowers began to bloom on all the trees and plants . The Devas in heaven came with flower garlands and offered them in celebration of the fact that a Buddha had been born on Earth. Buddhist people of great Faith throughout the ages have thus created Statues and images of Buddha in the moment of his Enlightenment, in order to rever and remember this moment for all time in their hearts. This kind of image for remembrance of Buddha is called “Puttaanussadti”, and this particular “Bpaang” (stance) is called “Bpaang Dtrasaruu”. 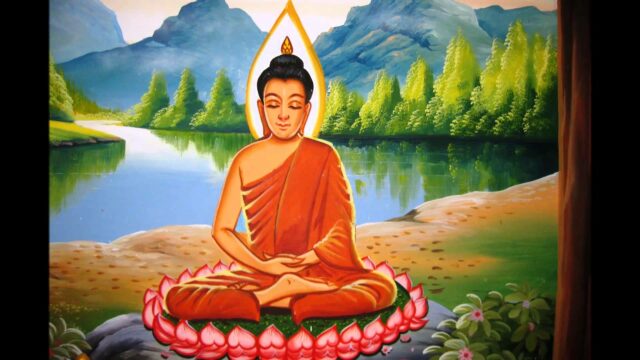