The front face features the image of Luang Por Koon, on the lid of the pot, which is made from solid silver sacred alloy smelted from Silver Yantra Foils inscribed with 108 Spells. Each lid has a double Code Met Nga with secret code stamps inside, with the numbered series code stamped on the other side of the lid to the double code Met Nga ‘sesame seed’ stamps.

The rear face of the container has the Sacred Yant Mongkut Pra Putta Jao Buddha’s Crown Yantra embossed on the surface, with the Incantations of the Yant Grao Paetch (Kata Itipiso Hong Ton and Kata Gratuu Jet Baeg encoded within the formula), for Karma Improvement, Protection of a Seven Tiered Wall of Buddhas, and the Blessings of Prosperity and Happiness. Because this See Pheung has a Silver Pra Nakprok inserted, the potion is especially recommended  to pray to on Saturdays, and, being the Saturday Birthday Buddha, also a highly recommendable potion for success for those born on a Saturday

The Pra Nakprok is an image of the Buddha sitting in Samamadhi (concentrative meditation), on top of a Naga, the Naga’s head is raised over Buddha’s to form a canopy. It is known as “Bpaang Nakprok”

The Buddha remained in blissful rapture under the Acabhalanikaroda for seven days, whereupon he moved to the Mucalinda tree to the Southeast side of the Bodhi tree. A terrible rainstorm began, pouring down on the forest for a whole seven days without stopping. Payanaga Mucalinda, who was King of the Nagas, came up from the naga Realm in the underworld and coiled himself underneath the Buddha, making a cushion seven stories high, to keep him dry.]

He rose up and leaned his head over the Lord opening his neck canopy to shade the Buddha from the rain, as well as keeping watch to protect him from all sorts of parasitic, poisonous and preying animals and creatures. As the rains ceased to fall, the Naga King uncoiled and changed into a Human form and raised his hands in reverence to Buddha.

In this moment, the Buddha uttered the following Kata (words);

“Tranquility is the pleasure of he who has listened to and understood the Dharma intently, who sees conditioned things for what they really are, and does not seek to harm others. Of he who has abolished his passions and cravings, lust and desires, he who has stepped beyond all craving for sensual pleasures and endured in his efforts to do away with self conceited attitudes, has the greatest pleasure“. 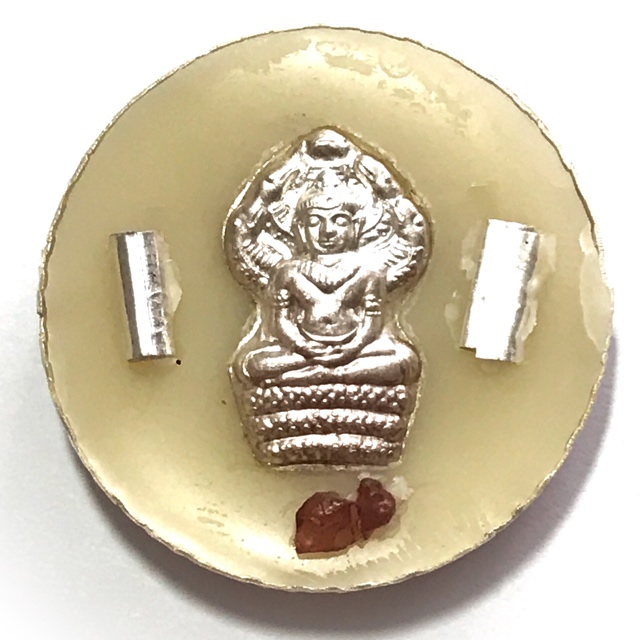 The statue of Buddha sitting on seven coils of the Naga King snake was created to remember this occasion of the Naga paying reverence to Lord Buddha, and the representation of him sitting on top of the coils as if seated upon a royal throne is used for two reasons; 1. Aesthetics, 2. Brahmin influence

A more authentic and historical version of this Buddha image is sometimes seen in the form of the Nagas coils wrapped around and covering the Buddha’s body with four or five coils around him. The only part of the body visible being Lord Buddha’s shoulders, neck and head, which is also semi enclosed by the head and canopy of the Naga leaning over him. 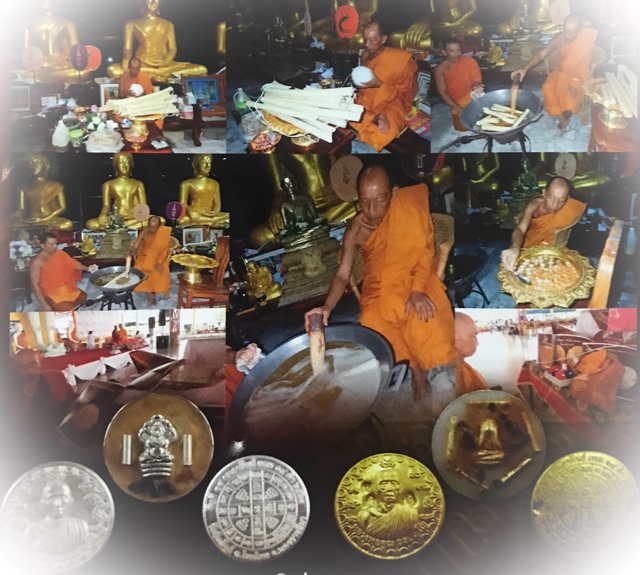 This edition was released in various sacred metals including Samrit Bronze and Nuea Ngern solid Silver, and solid Gold. Only extremely few numbers were made in silver and gold. 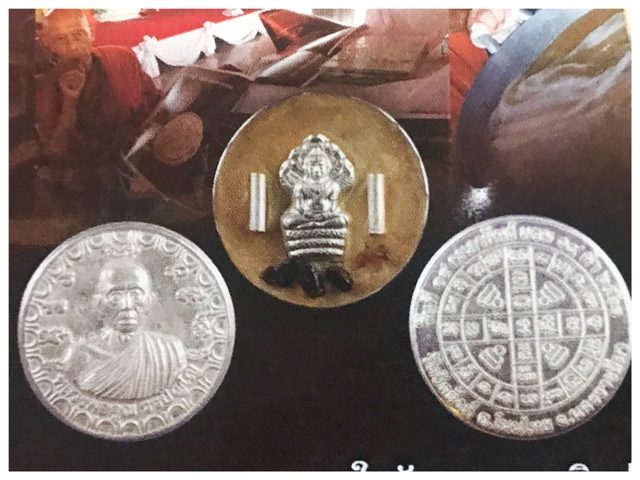 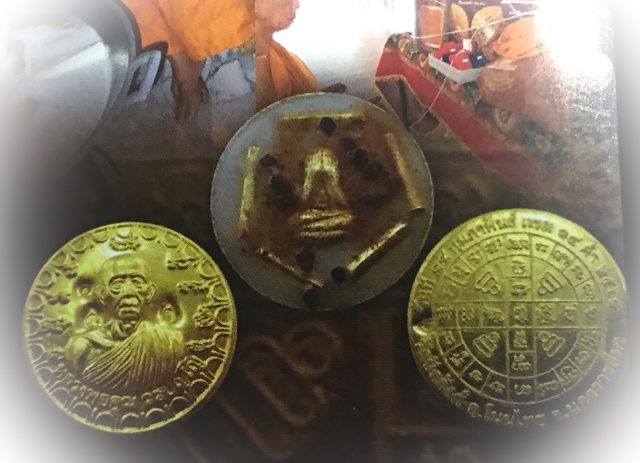 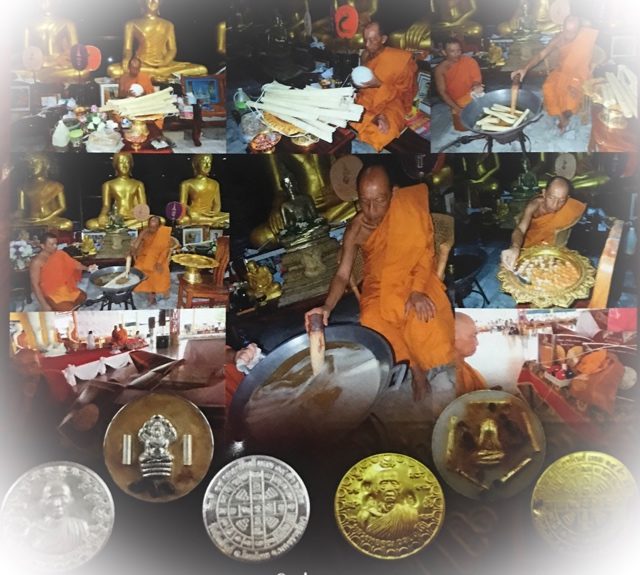 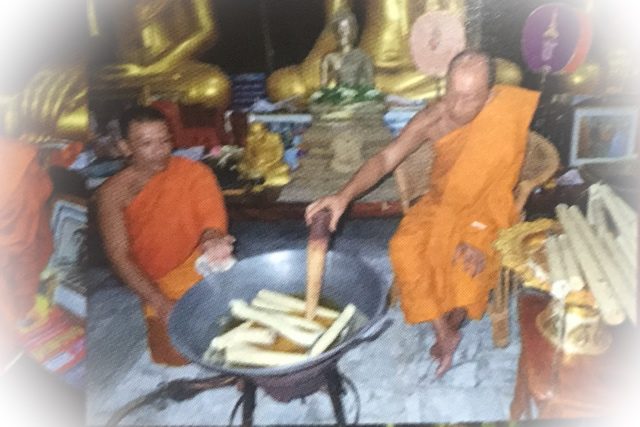 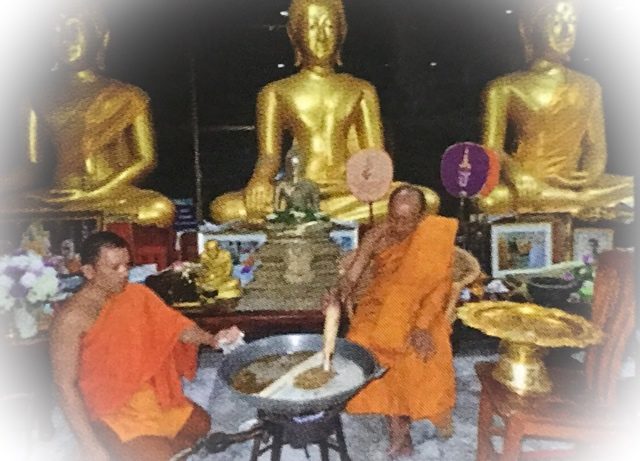 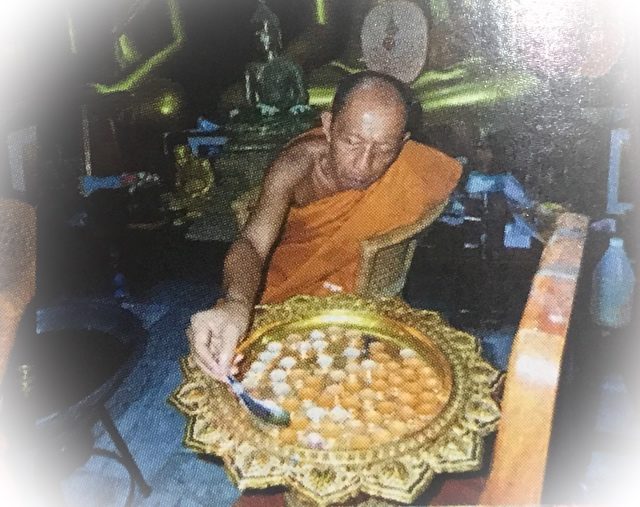 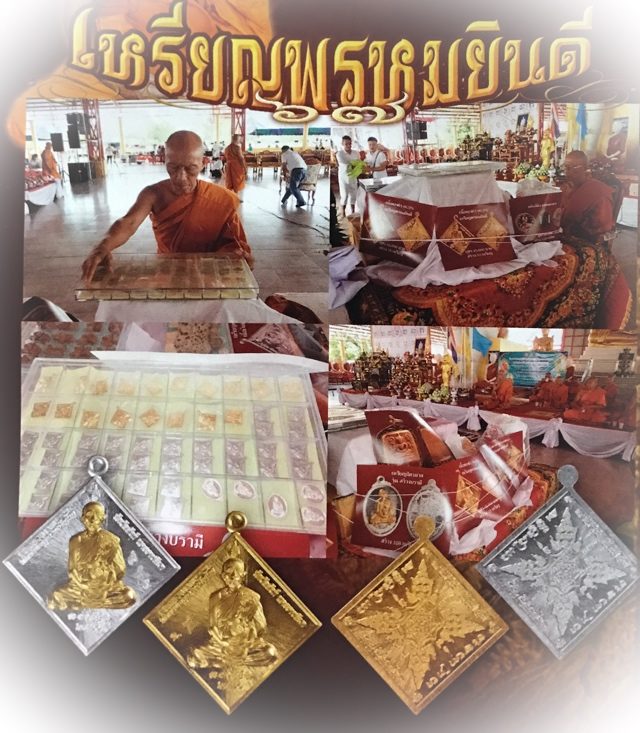