This is a recommended double set amulet of high Sacred Value and Quality Muan Sarnt which the Temple has intentionally kept a low price on by including two amulets in one, to allow those with less funds to be able to possess a high quality Khun Phaen and Look Om, which in usual circumstances would carrya much higher price than this Gammagarn special release set does

Luang Por Jaroen, of Wat None Sawang empowered these Look Om Sacred Powder Balls, & Pra Khunphaen Prai Kumarn amulets as special double sets, released in the ‘Jaroen Rew’ 2558 BE Edition They were empowered by Luang Por Jaroen and his Chosen Apprenticed Lineage Master, in the Puttapisek Pan Nam Man Hmeun Buddha Abhiseka Ceremony on 16th May 2558 BE. This was a very powerful and special Ritual ceremony which Luang Por Jaroen had Constructed for the Empowerment of – the ceremony was performed at Wat Pha Nong Chart, in Chiang Yern, Maha Sarakam. This double set consists of on Pra Khun Phaen Jaroen Rew Edition amulet, and one Look om Maha Ud Sacred Powder Ball Amulet. 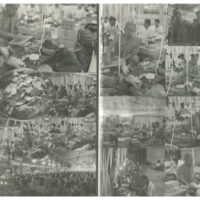 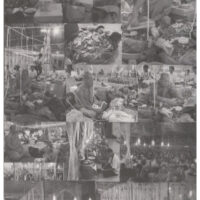 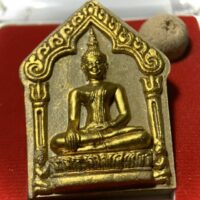 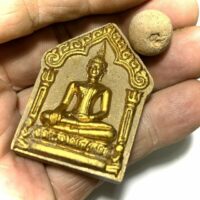 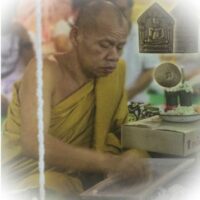 The Ceremony was presided over by Pra Kroo Pipat Wityakom (Luang Por Jaroen Thanayudto), and his top Lineage Mastery Apprentice and Future Inheritor of his Wicha and its Magical Lineage; ‘Pra Kroo Meti Dhamma Ananda’ (Pra Ajarn Bperm). The ceremony was held with utmost seriosity and the highest effort and magical intent was applied, resulting in one of the best empowerment ceremonies that could ever have been expected.