This Dtamra Pra Kring Chinabanchorn has been continued by his lineage apprentices and the Inheritors of his Wicha. Blessed by two of the Great Disciples and Apprentices in Magic of Luang Por Ding (Wat Bang Wua), and the Phu Tim (Wat Laharn Rai) Lineage; namely Luang Por Foo Adtipato, of Wat Bang Samak, and Luang Por Sin, of Wat Lahan Yai. 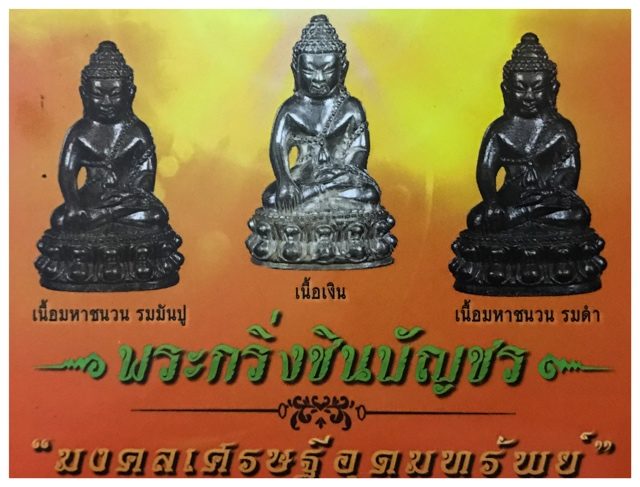 The use of the Pra Kring amulet as an object of veneration for this particular commemoration is with the intent of bestowing miraculous protection and healing powers of the Medicine Buddha to the devotee, with Serm Duang power for auspicious Karma, and as Buddhanussati (Mindfulness of the Buddha).