Takrut Nang Ok Dtaek Ud Pong Prai Pasom Krang Boran – Sacred Prai Powder Paste filled Takrut Scroll Yantra spell for Seduction and Mercy Charm, from Isan Master of Thai Sorcery and Khmer Dark Arts, Luang Phu Samran, of Wat Burapa in Kalasin. The Takrut brings Maha Sanaeh Seductive Influence, and Metta Maha Niyom Mercy Charm, to attract and enchant those who approach within its magnetic aura. Useful to attract lovers and admirers (entourage), to lay with you, or follow your suggestions. The amulet can be also used to call customers to you, to be merciful and buy your wares, hire your services, or even to convince your boss to promote you to a higher position in your employment.

The Takrut Nang Ok Dtaek ‘Broken hearted Maiden’ spell is composed of a Sacred Yant inscribed on silver takrut foil scrolled around a filling of Prai Maha Sanaeh Powders, which has Krang Boran ancient magical paste mixed with Ga Fak woods and Rak Sorn flower pollens, mixed with 12 kinds of Dork Tong Golden Flower Herb, and all 5 kinds of Sanaeh Jantr Mooncharm Herb, Pong Ittijae, and 10,000 evolutions of Pong Nang Ok Dtaek powders. These were then mixed with Nam Man Prai oil, to bind the powder paste, and use the clay to fill the Takrut with, to imbue extra power within the Heartbreaker Takrut.

The Nang Ok Dtaek powders were made over a period of 5 years of constantly evolving them through constant repetition of inscription of the 10,000 Yantra spells needed to create the chalk dust which falls from the chalk inscription stick when inscribing the spells. % years of spellcasting powders were hence used to add to the Muan Sarn Sacred Powders of the filling within these Takrut.

Invoke the power of Maha Sanaeh and Metta Maha Niyom within the Takrut Chanting the Kata Hua Jai Nang Ok Dtaek as follows; 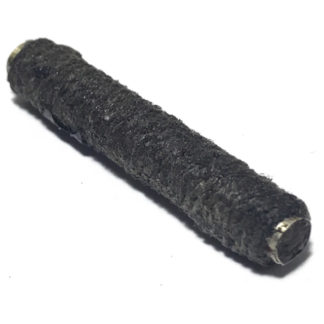