The amulets were blessed in solo meditative session by Luang Por Cheuy, and later in full Buddha Abhiseka Ceremony at Wat Laharn Rai on 1st May 2558 BE.

The Pha Yant has the Image of Luang Phu Tim in central position, with the Kata below him in Pali; 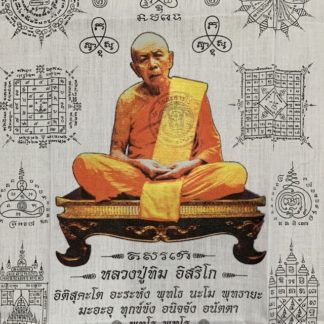