Luang Por Pratueang was one of Thai history’s Greatest Sak Yant Masters, whose Magical Power of Kong Grapan Chadtri and Klaew Klaad were and remain legendary to this very day. This Takrut was a hand made special item, of which only extremely few numbers were made, with nine spells for protection, evasion of dangers and auspicious blessings of nine types. Luang Por Pratueang was a direct inheritor of the Wicha Takrut of Luang Por Derm (Wat Nong Po). Luang Por Pratueang was Born 22nd December 2471, and passed away on the 22nd January 2550 BE. He was 97 years and one month old. His remains are at Wat Daan Jaroen Chai.

Luang Por Pratueang was once on Tudong wandering, and came across two drunkards in the forest. He saw they were expecting something from him, so he mentioned that he had some Takrut amulets which he had made recently. The two drunkard Looksit then asked to see them. Once the Takrut were laid out, the two drunkards did not say anything, they took some down to the ground, and laid them on a tree trunk. Luang Por saw them do this, and knew instantly what was going to happen, and so he thought of his Kroo Ba Ajarn (LP Derm), and prayed for the Takrut to have ‘Ittirit Bpadtiharn’ (supra-normal Miracle powers ).

Both of the men then took out their pistols, and aim at the Takrut. The first shot did not go off. The second and third shots were also duds. The fourth shot twisted the gun, and the shot went upwards into the sky! Both men then took the Takrut, and ran up the stairs to the Sala where Luang Por Pratueang was sitting, and bowed down to Luang Por and begged for the Takrut.

Before Luang Por Pratueang returned from Tudong to Samnak Songk Jaroen Chai, he gave a couple of Takrut away, one to the Village Chieftan, and one to his son. But they were both inquisitive to test out the magic, and so they went to get a gun to test it with. The gun they used to test the Takrut with broke. So they brought a new gun which they tested out again, and once again, the gun broke. The two went to see LP Pratueang, and confessed their naughtiness in testing their amulets out without asking permission. Since these events,. Luang Por Pratueang’s Takrut amulets have been the focus point of many stories of miraculous Kong Grapan and Maha Ud magic, as well as their fame for Klaew Klaad and Puttakun power.
LP Pratueang Takrut amulets are a worthy item to pay Bucha to and to wear as protection. Any serious seeker of Kong Grapan magic would be well suited with a Takrut from Luang Por Pratueang, for the magic of his amulets has been tested on repeated occasions. 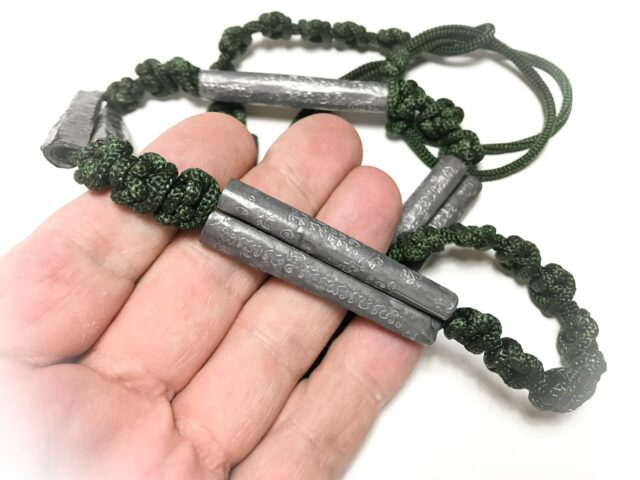 Luang Por Pratueang of Wat Daan Jaeroen Chai, in Petchaboon, was one of the Great Masters famous for the Tradition of ‘Saek Laew Sap’ (cast the spell then take a blade and hack at the devotee to test the power of Kong Grapan). Sadly, his Dtamnan (Legend) is now History, since he passed away at Mueang Mai Hospital in Lopburi on the 22nd January 2550 BE at 16:19 p.m.. He was aged 79 years old. His corpse was given the recitals of chanting of the Abhidhamma every 15th and 30th of each Month until the time since his passing had reached 100 days. This began to be counted as of the 15th of February 2550 BE. 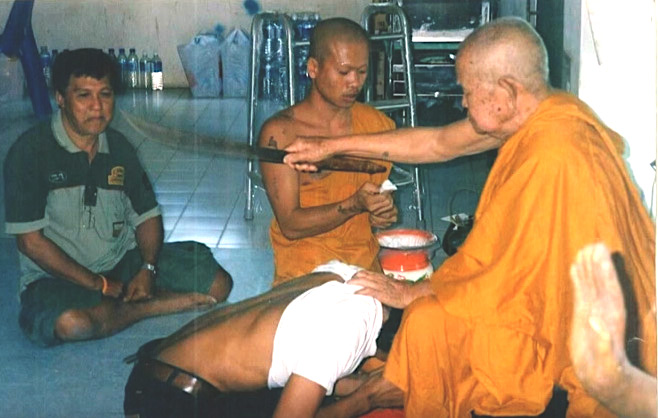 As a young boy, He was ordained as a Samanera at Wat Hong Khaem, in Tung Talay. It was there that he studied and practiced Vipassana Kammathana and various Wicha for his Kroo Ba Ajarn (called ‘Pra Ajarn Awn’) at the temple. His Kroo was in fact also his own Uncle on his Fathers side, whose intimate relationship allowed for his Uncle to be able to teach and share all of the various Wicha he knew to the fullest extent. 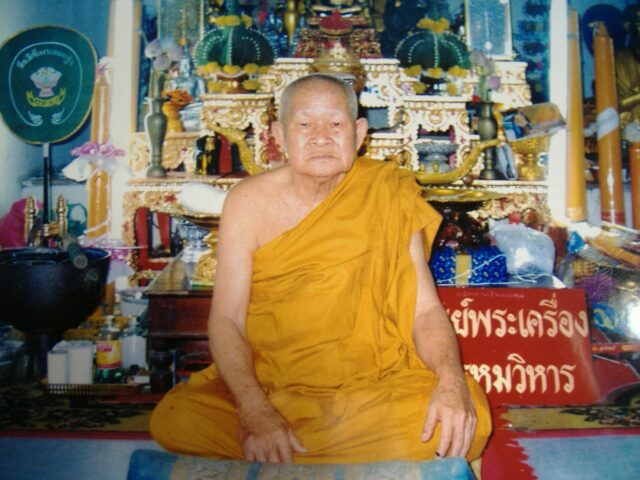 He was ordained as a fully fledged Bhikkhu when he came of age at Wat None Tong in Ampher Ta Klee in Nakorn Sawan. He was given the Chaayaa (name) of Adtigandto. He practiced with Luang Por Lek of Wat Po Tong (who was the current standard bearer of the lineage of Puttakom from Luang Por Parn of Wat bang Hia). He traveled on Tudong, and whilst on his travels encountered an extremely experienced Khmer Magician (who was a lay practitioner), who shared the knowledge of his Wicha to the full extent with Luang Por Pratueang. One of these Wicha which came to make Luang Por Pratueang well known for his magic, was the Wicha Sak Yant (Magical Tattoos). He would blow his Kata spells into the tattoos and slash the Devotees skin with a sharp knife or sword to test the power of the magic. This habit of using a sharp blade to give displays of the effectiveness of his magic came to be known as ‘Saeg Laew Sap’ (cast spell then chop with a knife). ‘Saeg Laew Sap’ was the term used to refer to Luang Por Pratueangs trademark way of blessing Sak Yant. 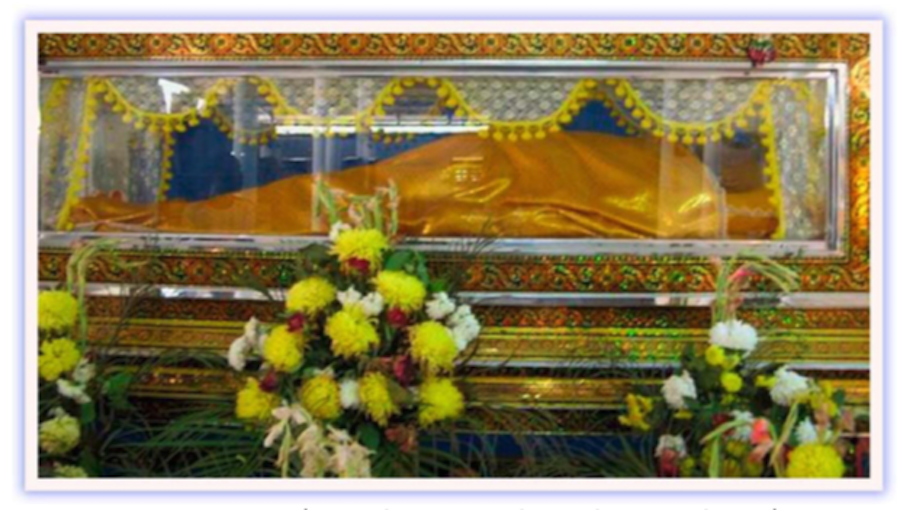