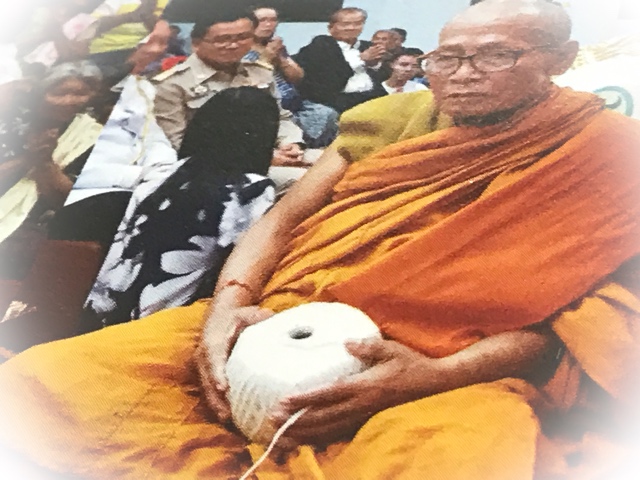 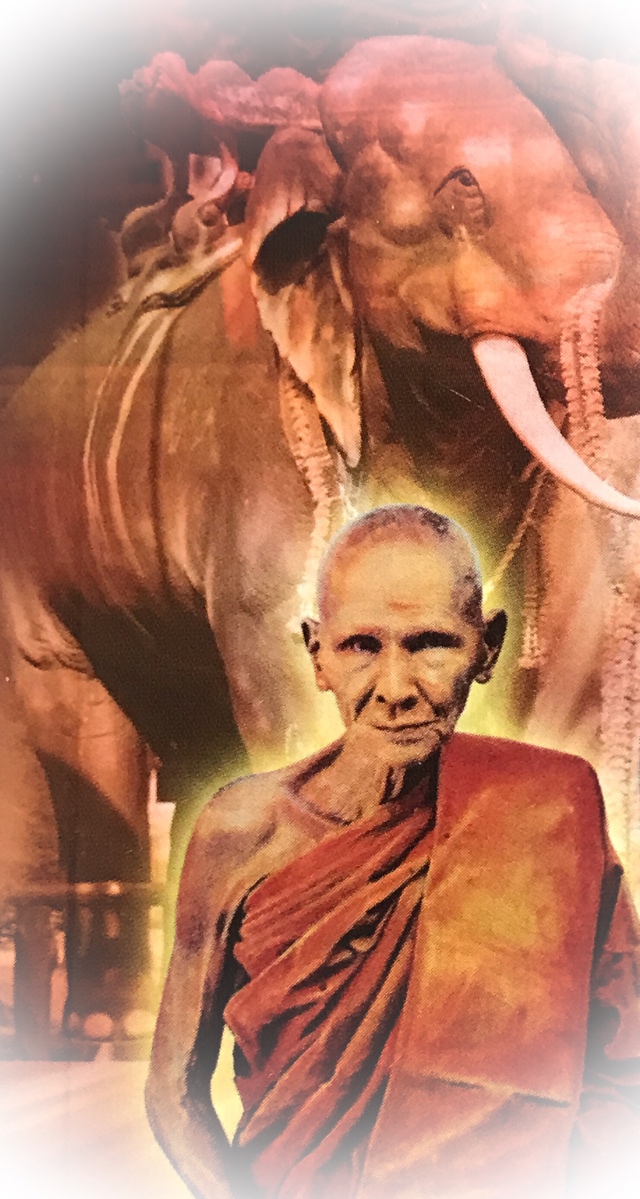 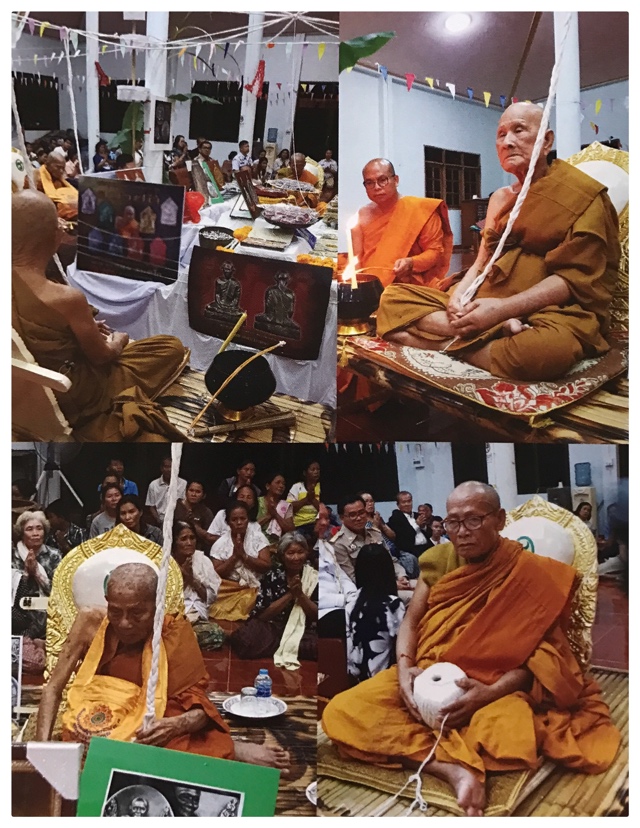 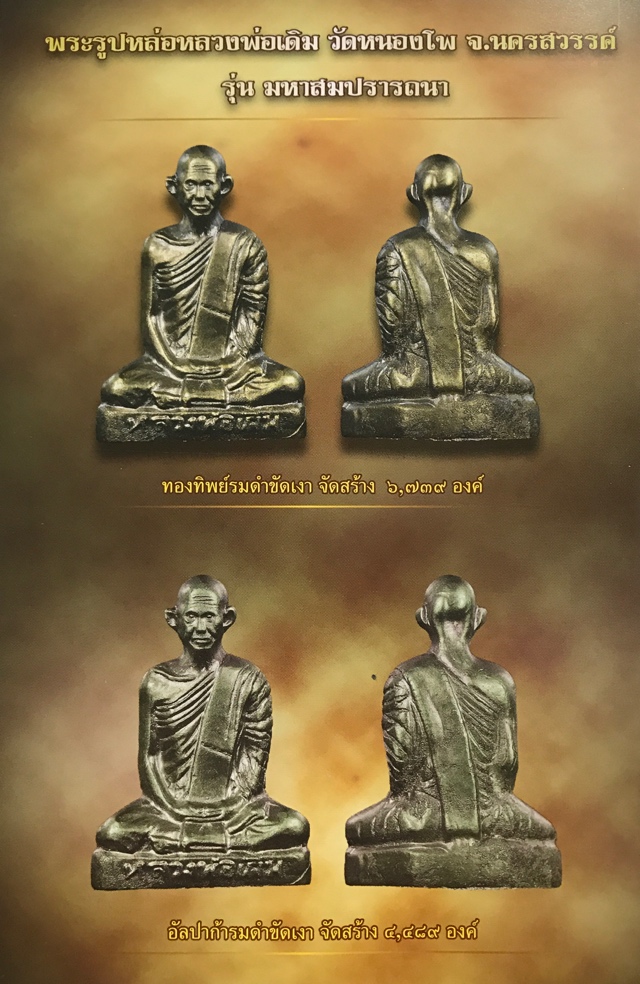 
His carved Roop Lor, Krueang Rang (Talismans), ivory, and wooden amulets are rare items, for they were made by individual Artisans who were Initiated and had received the Wicha, and ‘Korb Kroo’ Ritual Empowerment as permission from Luang Por Derm himself. Only such Lineage Master Initiates were allowed to perform carving or knife forging for Luang Por Derm, and even to this day after his passing, all the Posthumous Editions of amulets which derive from Masters who are Initiates of Luang Por Derm, have to use only amulets and Artisanry which have been made by an Initiated Artisan.
Category: Blessing Amulets
Tags: Amulet Blessing, Buddha Abhiseka, Buddhist Monks, New Amulets, Statuette 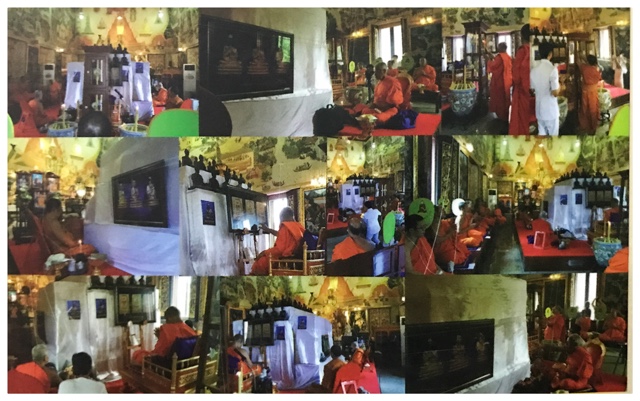